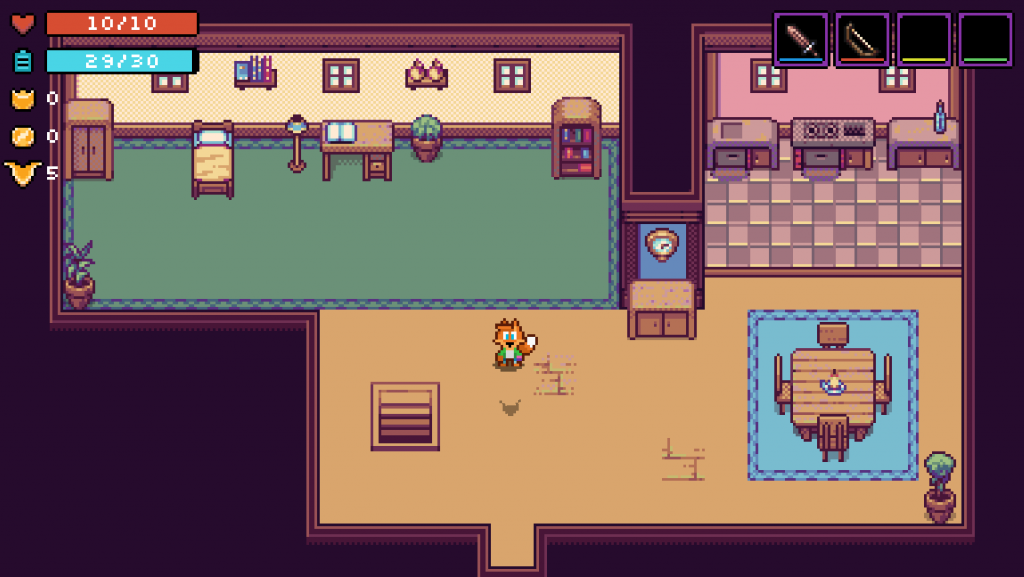 We’re turning up the heat! Daily runs have been added to Reynard!

Previous week’s Wilson is doing awesome! Players like him! More boss patches will come in the future, but first we’ve decided to spice things up with daily runs!

Daily runs use a different dungeon seed on a daily basis, so in scope of 24 hours, you’ll always have an access to the same dungeon!

Once you die or finish the game, your score will be submitted online under name you’ve chosen in the profile selection menu! You’ll also see the leaderboard with the score of top 5 players!

Daily runs are fairly new in Reynard and will probably change! For example, I’m thinking of adding a cap of how many times you can play a daily run… And I kind of have a feeling that I’ll add that soon. 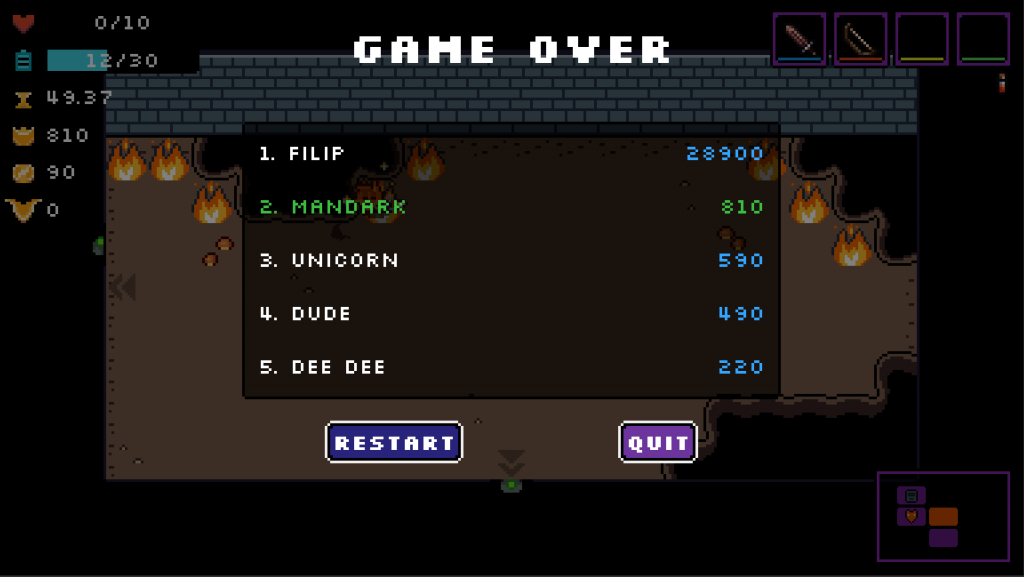 As mentioned above, I’ve added a house! Not only that it’s “cool” to walk around the house… It’s even more awesome to enter it!

In house you can find “The book of credits”, where you’ll find all the info about who created and helped creating Reynard’s universe, you can enter a daily run and in the future you’ll be able to read the bestiary, check profile stats, daily run stats and see your unlocked achievements.

Here are the other things that I’ve added, tweaked or fixed:

Update is live and kicking on itch.io!