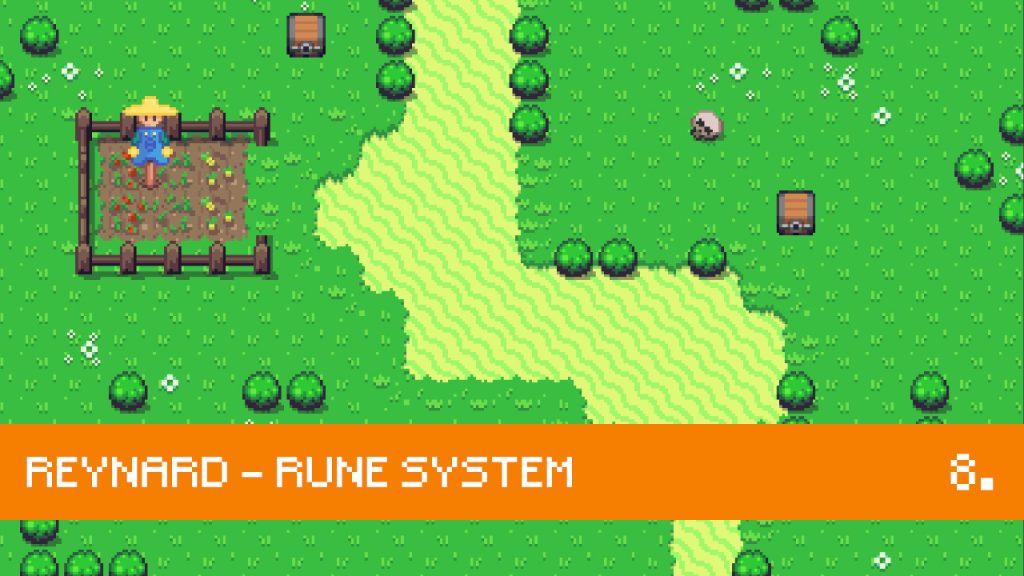 We have a working rune system!

For couple of weeks I’ve been working on how different systems interact with each other. The reason I’ve spent so much time on this task is because I really wanted to make it as modular as possible. Modularity of the systems will significantly increase the speed of how fast we can create weapons, enemies, items and other stuff (even in other upcoming games).

One of the game’s core design is that Reynard can carry only 3 weapons at the same time. And these weapons have to be different by type such as:

To keep things interesting and to increase the game’s replayability we’ve decided to add a rune system. For example: Weapons can have “Weapon runes”, armors can have “Armor runes” and so on. Primarily these past weeks I’ve focused on Weapon runes which can:

To make everything work as intended I also had to implemented weakness tables and so on. Did I mention that we’ve added BOOOOOMBS? Enough with the words here comes the video:

PS: I can’t wait to show you our next creations next week! Stay tuned!