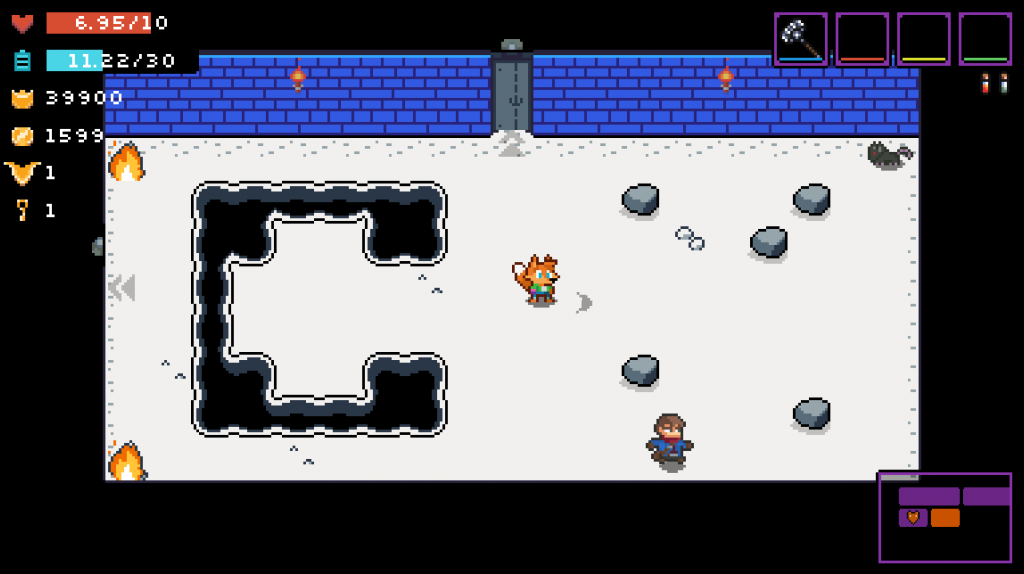 It’s been a while since I’ve released a new update for Reynard! I’ve been working on it every day… This game dev log is about an update bigger than any other (till now)! It brings achievements, unlockables, allies, new enemies and much more!

I focused on elements for triggering “one more round” effect. Here lies the reason why I’ve added achievements and a new “unlockables” system.

If you’d like to check out your achievement progress you can enter Reynard’s house and interact with a bookshelf. Achievements window will pop up and show you your current progress. Once you fulfill the requirements for unlocking the achievement, you’ll get notified about it by a notification message. Currently there are 18 achievements such as: “Prascilla I’m coming!”, “Exterminator”, “Speed runner”, “Blacksmith” and more.

I think that achievements add a nice “replay” value to the game. 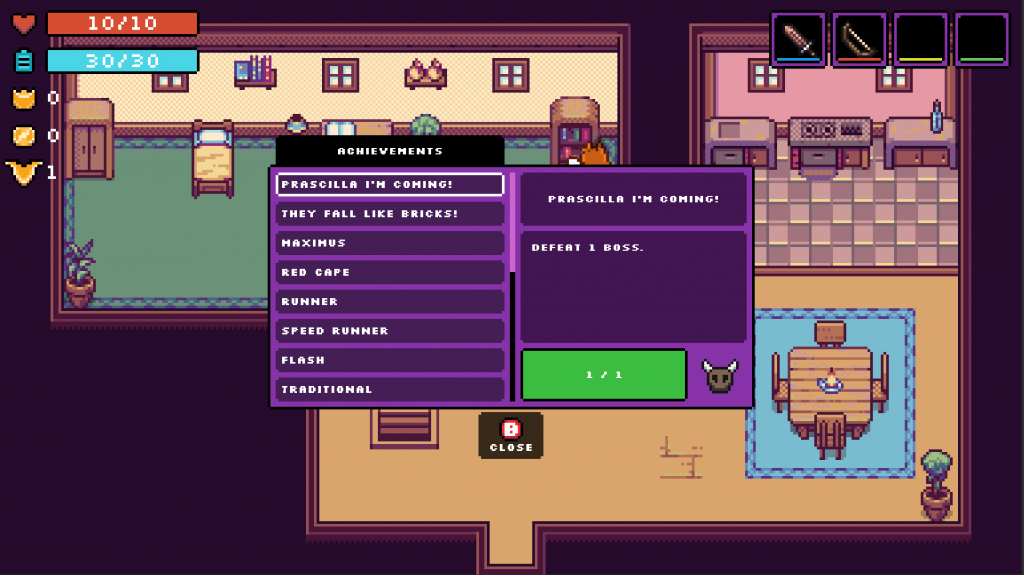 Other major thing that I’ve redesigned is the weapon drop system. Every player profile starts with a basic pool of weapons that can appear in the chests. Everytime you level up, this pool expands with better weapons.

To spice things up, I’ve added some new NPCs. Not one, but 4!

Sometime you’ll stumble upon an adventurer or a fairy… Tied all up… Left for dead. Heck… If you’re not fast enough, the enemies will kill these poor tied up victims. But if you save them, they’ll follow you and help you through dungeon. 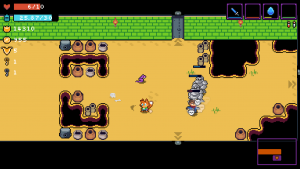 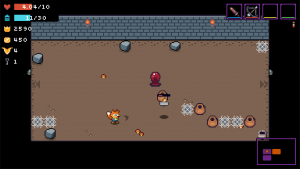 Expect more cool updates in the future and Reynard’s release on the steam! I Hope you like where the game is going.